Thank you for joining our story!

The combined magic was strong and when wish-making children were brought to the Enchanted Forest, they came from all sorts of times and places and some of their villages and encampments were brought with them. The magic sought out children who were reading or listening to or imagining stories; some characters from the stories they were enjoying were brought through, too. The Enchanted Forest was now home to several villages and encampments and fairy tale characters and creatures of all kinds. The magic was strongest between the Enchanted Forest and the Village of Kleves and the footpaths and trails of the woods widened to make way for the lanes of the village. There, a young person who was often lonely and was also a great lover of stories spent many hours reading and imagining far off places. The magic also nabbed the family most known for the collecting of fairy tales, the Brothers Grimm… and Sister Grimm, too. 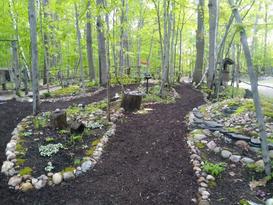 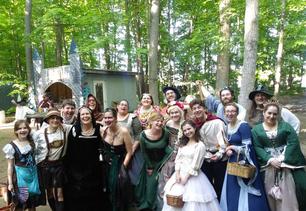 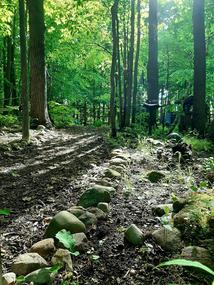 The Fairy Godmother saw there was much joy and laughter on the lanes and in the heart of the Lady of the Woods, but the enchantment upon the woods was not meant to last forever. Eventually, the Fairy Godmother was able to untangle the magic enough to send the villages back to their own times and places, but not entirely. Just enough magic remained to bring the Enchanted Forest back once a year, each year ever after. 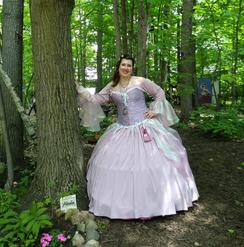 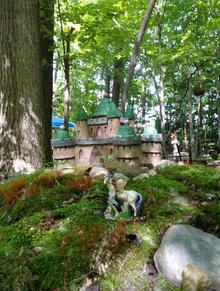 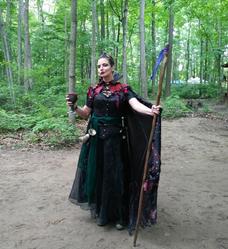 Once upon a time, there was a kindly lady who loved to spend time in the deep quiet of her woods, walking the footpaths, tending the trails, and watching forest critters large and small as they lived their woodland lives. Though the Lady of the Woods enjoyed her solitude, she did welcome company from time to time to share in the peacefulness of the forest. She especially loved the company of children, finding joy in their playful ways as only those who remain children at heart can. The Lady of the Woods’ own children had long since grown and she came to miss the chimes of child-laughter among the trees. 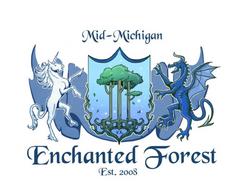